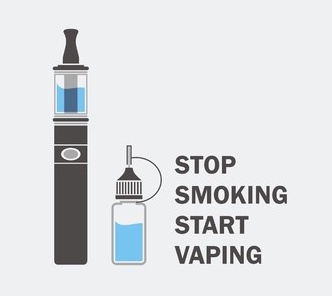 There’s wonderful vaping news from our friends across the pond: Public Health England (PHE) has officially declared that e-cigarettes are a vastly healthier alternative to smoking tobacco cigarettes.

PHE is an umbrella executive agency of the U.K. Department of Health. For an official organization to make such a concrete declaration means public health organizations are starting to understand the health benefits of vaping as a smoking cessation method, as more and more people are choosing this as alternative to smoking and more companies as Vape Key Co, sell vaporizers for this, since people is trying to become more healthy by trying to quit tobacco.

After reviewing the many available peer-reviewed studies on e-cigarettes and culling survey statistics from thousands of smokers and nonsmokers, PHE concluded (emphasis ours):

There has been an overall shift towards the inaccurate perception of EC [electronic cigarettes] being as harmful as cigarettes over the last year in contrast to the current expert estimate that using EC is around 95% safer than smoking. [PHE Study, page 6]

Referring to the specific example of the widely spread news item about formaldehyde in e-cigarettes, PHE said (emphasis ours):

A high level of formaldehyde was found when e-liquid was over-heated to levels unpalatable to EC users, but there is no indication that EC users are exposed to dangerous levels of aldehydes. [PHE Study, page 12]

Vaping Can Help You Quit Smoking

PHE is officially supporting vaping as a method of smoking cessation. In a trial run in two regions of England, public health organizations are actually permitted to medically prescribe vaping as a cessation method. According to a Business Insider article on the news:

[A]lmost all of the 2.6 million adults in the U.K. now thought to be using e-cigarettes are current or former conventional smokers, most using them to help them quit tobacco or to prevent them going back to smoking. […] There was no suggestion that the products were a gateway into tobacco smoking, with less than 1% of adults or young people who had never smoked becoming regular cigarette users.

Implications for the Vape Community

With this news from PHE about the safety of vaping, it seems clear that vaping should be allowed to thrive as an alternative to smoking. Regulation is necessary and good for public health issues, but only if approached wisely.

[S]mokers differ in their needs and I would advise them not to give up on e-cigarettes if they do not like the first one they try. It may take some experimentation with different products and e-liquids to find the right one.

Any completely new market will face a learning curve, but vaping can be easy and rewarding. Physicians were persuaded to prescribe opioids inappropriately by pharmaceutical companies that paid opinion leaders to convince physicians that opioids weren’t so addictive after all, and that physicians who withheld opioids from patients with arthritis or back pain were “opioiphobic” and not providing the best care to their suffering patients. Pharmaceutical companies also confused prescribers about addiction by inventing the concept of “pseudoaddiction,” which looked exactly like addiction but was easily treated by higher doses of opioids.

Good vaping companies — of which there are many — produce high quality and thoughtfully engineered products. According to the PHE report, organizations have an obligation “to protect public health policy from commercial and other vested interests of the tobacco industry.”

Our most important goals at Crescent City Vape are to bring you the best vaping experience for your needs and to spread accurate vaping education. The benchmark of good science is skepticism, coupled with acknowledgment and implementation of what’s been proven. This PHE statement is a step in the right direction.

Let’s embrace truthful, objective information about e-cigarettes, with the ultimate goal of helping as many people as possible ditch the toxic smoke for much healthier vapor.