This study, called Effect of Smoking Abstinence and Reduction in Asthmatic Smokers Switching to Electronic Cigarettes: Evidence for Harm Reversal, was conducted by Riccardo Polosa, Jaymin Morjaria, Pasquale Caponnetto, Massimo Caruso, Simona Strano, Eliana Battaglia, and Cristina Russo, and published on May 8, 2014 in the International Journal of Environmental Research and Public Health.

You can see the full study here. Below is our review of the study and its findings. 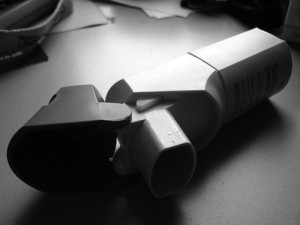 In the study, multiple asthmatic parameters were measured, including spirometry data and subjective asthma control in 18 asthma patients who were smokers and switched to e-cigarettes.

An electronic cigarette is a battery-operated device designed to deliver nicotine without burning tobacco. Instead, it heats e-juice, a mixture of propylene glycol and/or vegetable glycerine, flavorings, and nicotine. These devices can be attractive to smokers who see their smoking as a recreational habit and want to continue it in a less harmful manner, and also attractive to smokers who have had trouble quitting using available medications.

Data was collected during four visits, using multiple data points. The four visits included a pre-baseline visit (the subjects of the study were existing patients at a clinic), a baseline visit just before switching to e-cigs, and two follow-up visits, one at about 6 months and the next at about 12 months from the baseline visit.

At each visit, spirometry data, exacerbation values, and a Juniper’s Asthma Control Questionnaire (ACQ) score (subjective test of how the patient feels) were collected.

During the observation period (time during which the e-cig was used), there were no reported severe adverse effects or acute exacerbations of asthma symptoms (coughing, wheezing).

This study shows, for the first time, improvements in asthma control, airway hyperresponsiveness, and pulmonary function in asthmatic smokers as a result of lowering or ceasing cigarette consumption by switching to e-cigs.

The high success rate of quitting or reducing smoking may be because of how easily the e-cig can replace the physical and behavioral habits that are formed through cigarette smoking (such as the hand-to-mouth action). The results of this experiment suggest that the harmful effects of smoking on asthmatic airways may be reversed.

The improvement in lung function could be due to the lack of pro-inflammatory effects in the airways caused by cigarettes. This improvement in lung function could also be associated with the asthmatics’ increase in beneficial effects from inhaled corticosteroids (inhaled acetylcholine or inhaler), which are diminished by cigarette smoking (most smoking asthmatics experience little to no relief from corticosteroids).

Although it is impossible to know if the patients’ use of e-cigs caused the positive improvements seen in these mild-to-moderate asthmatic smokers in this study or not, evidence clearly suggested that e-cig use was not harmful to asthmatic smokers.

This study shows that e-cigarettes help reduce or cease cigarette consumption in asthmatic smokers and therefore reduce the affliction of smoking-related asthma symptoms.

Due to the positive findings of this experiment, we can confidently support the idea that smoking cessation or tobacco harm reversal using e-cigs is a valuable alternative to smoking not only in habit replacement but in improved pulmonary function as well.

What We Know About Electronic Cigarettes 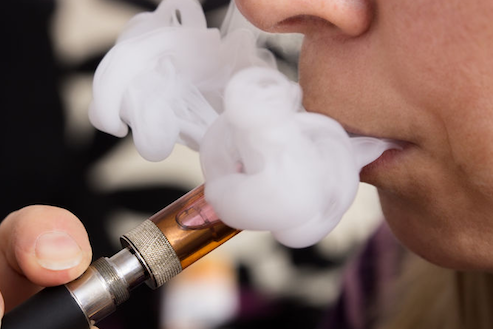 The following is a summary of a public lecture given by Dr. Lynne Dawkins at the University of East London on July 3, 2013, called “Electronic Cigarettes: What We Know So Far.”

Dr. Lynne Dawkins is an Experimental Psychologist at the University of East London, and has more than 15 years of experience researching tobacco, nicotine delivery, and electronic cigarette use by new and experienced vapers. Dr. Dawkins is the leader of the Drugs and Addictive Behaviours Research Group at UEL, and is considered on of the UK’s leading authorities on e-cigarettes. She has published many papers on e-cigarette use, effects, and nicotine delivery, and has shared her research at academic conferences and in public lectures. The full video of this lecture can be viewed here. The presentation slides can be viewed here.

Current Use of E-Cigarettes:

Why Do People Use E-Cigarettes?

Why do most attempts to quit end in failure?

Some of the most common reasons include:

Survey of Smokers Who Purchased an E-Cigarette:

Study of 40 Smokers Not Willing to Quit:

Chemicals Released into the Environment: Tobacco Cigarettes vs. Electronic Cigarettes

Characterization of chemicals released to the environment by electronic cigarette use (ClearStream-AIR project): Is passive vaping a reality? See the full study here.

The room contained several different air sampling systems, each of which sampled for a different form of matter. In the experiment, two sessions were recorded. The first session was for traditional cigarettes; and the second was for electronic cigarettes.

In this first session, five smokers were allowed to smoke however many cigarettes they had the urge to smoke for a total of five hours. The room was ventilated for 65 hours before the second session started. In the second session, 5 vapers were allowed to vape however often they pleased for a total of five hours in the same room.

Here are the results recorded at the end of each 5 hour session.

Traditional Cigarettes: Over the course of the five-hour session, 19 cigarettes were smoked by the five participants, delivering a total of 11.4 mg of nicotine. Here’s what was found in the air after the session:

Electronic Cigarettes: Over the course of the five-hour session, 1.6ml of e-juice was vaped by the five  different participants, delivering a total of 17.6 mg of nicotine. Here’s what was found in the air after the session: 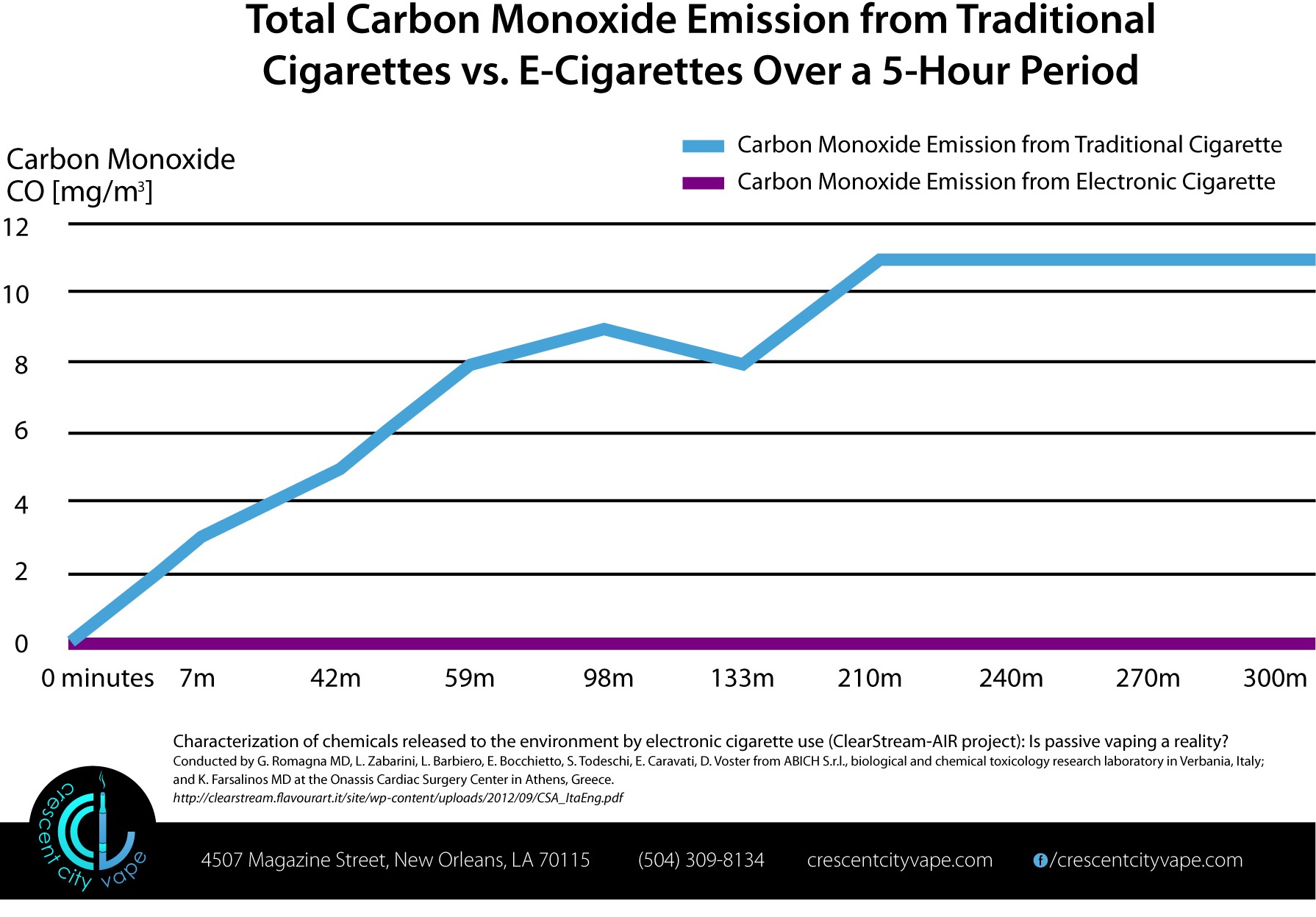 These results not only show the effects on air of a closed space caused by each of the two choices, but also the toxicity of the respective cigarettes. As clearly displayed in the graph above, carbon monoxide production is literally infinitely greater from tobacco cigarettes (11 mg/mᶾ) than electronic cigarettes (0 mg/ mᶾ).

Glycerine, when combusted (burned), is converted into acrolein, a toxic irritant to the skin, eyes, and nasal passages. This accounts for the lack of glycerine found in the air after the smoking of traditional cigarettes. Because combustion never happens in e-cigarettes, the glycerine contained in the e-liquids is never converted to acrolein, which accounts for the lack of acrolein found after the vape session.

The researchers of this study compared these results to an array of studies that tested urban air pollution. They drew the conclusion that it is unhealthier to breathe air in big cities than it is to breath air in a room in which someone is vaping.